The use of smelling salts in sports have become very common across a variety of different sports. Though you may not have known it before, many of your favorite athletes likely use smelling salts to improve performance. Let’s talk a bit about how ammonia inhalants are used in powerlifting, hockey, boxing, and football. 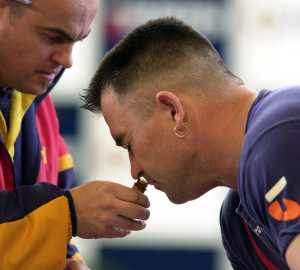 One of the most common uses for smelling salts is for powerlifters. Because of the immediate boost in energy provided by the salts, lifters will often take a whiff right before a lift in order to get the most out of their energy (especially competitive lifters). Most of those that I know will use them right before competitive lifts or before trying to break a personal record at the gym.

Obviously there are other sports where smelling salts are used. For example I’ve also heard of marathon runners stashing a couple capsules in their pockets for when they need them during the race. I’ve addressed the common uses that I am familiar with, but as I learn about more I’ll make sure to keep this post up to date.
If you have any suggestions for additions to make, I’d be happy to include them. Just let me know. 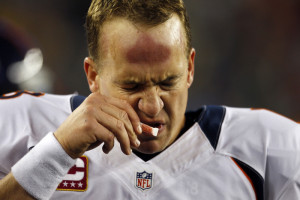 Football is another sport that you’ll see two sides of smelling salts. On the one hand, the practice of using smelling salts to help a player that has been hit to recover consciousness is illegal and very unsafe. An unknown spinal injury could easily be aggravated as the player jerks quickly coming to.

On the other hand, smelling salts are used at every level of football, including college and NFL to help players stay focused and alert. Long games can make it hard to maintain focus when you get tired and the instant clarity that comes from a whiff of smelling salts can really help in a pinch. 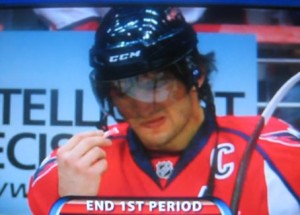 You’ve probably seen smelling salts used in hockey plenty of times without even knowing it. A quick pass under the forward’s nose and he’s ready to go after a tiring first period. In recent years there has been a shift is use of smelling salts for recovering from hits to getting psyched for the next play. Using smelling salts right after a hit can be dangerous for a number of reasons. One of those reasons being the possibility of someone snapping awake and worsening any possible neck injuries. Getting into any other issues actually brings up smelling salts’ use in the sport of boxing. 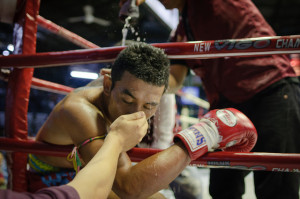 Fairly recently smelling salts were outlawed in professional boxing. Why? Well, probably because they were being abused. If you’ve been knocked around so hard that you need smelling salts to regain your thought process, there’s a strong chance you should be done. There’s no doubt the salts do their job, but keeping you in a position to keep getting hit is not a good plan. In fact for these same reasons, a number of practices have been banned from the boxing ring over the years.

You may be aware of the recent events in the Broner vs Maidana match. The reason the boxing world is in such an uproar is that smelling salts have been thoroughly banned from the ring in most places (at least definitely in Texas). As of this moment, there have been no official comments or turnover of wins, but if it was indeed smelling salts used in Maidana’s corner, his win would be overturned.

I don’t want to point fingers, but in my experience his reaction definitely looks like a reaction that follows a quick sniff of the salts.

I recently graduated from BYU in Utah. Love working out and am working on losing my recently developed marriage weight. I love lifting, learning, and running!